Common Causes of Foundation Movement include the following:

The most common cause of foundation movement is the seaonal shrinking and swelling of expansive soils.  During dryer months when moisture decreases, soils shrink allowing foundations to settle.  During wetter months as moisture increases, soils expand and push up on foundations.  At times, the soil will swell enough to raise foundations higher than their original elevation; this is referred to as heaving. 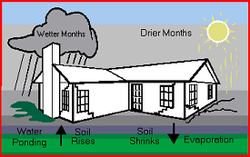 Poor site drainage is a common cause of foundation movement. Surface and subsurface moisture should be diverted away form the home or building in order to preserve the strength and desired elevation of the foundation system. Good site drainage is very important to prolong the life of a structure. Another cause of foundation movement is building on improperly compacted fill. Improperly compacted fill will consolidate or pack down under the load of a home or building. Moisture problems will contribute to consolidation of non-compacted fill.

Poor construction is also a major cause of foundation movement. This problem often begins during the initial design of a home or building. Some foundation systems simply are not adequate for the areas and soil conditions in which they are used.

Lake Foundation offers a wide variety of structural repair services to help you with your foundation needs.
.
.
.
.
SYMPTOMS of Foundation Movement 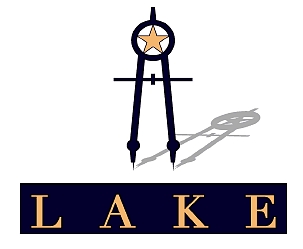